An inspirational end to a memorable trip

An inspirational end to a memorable trip 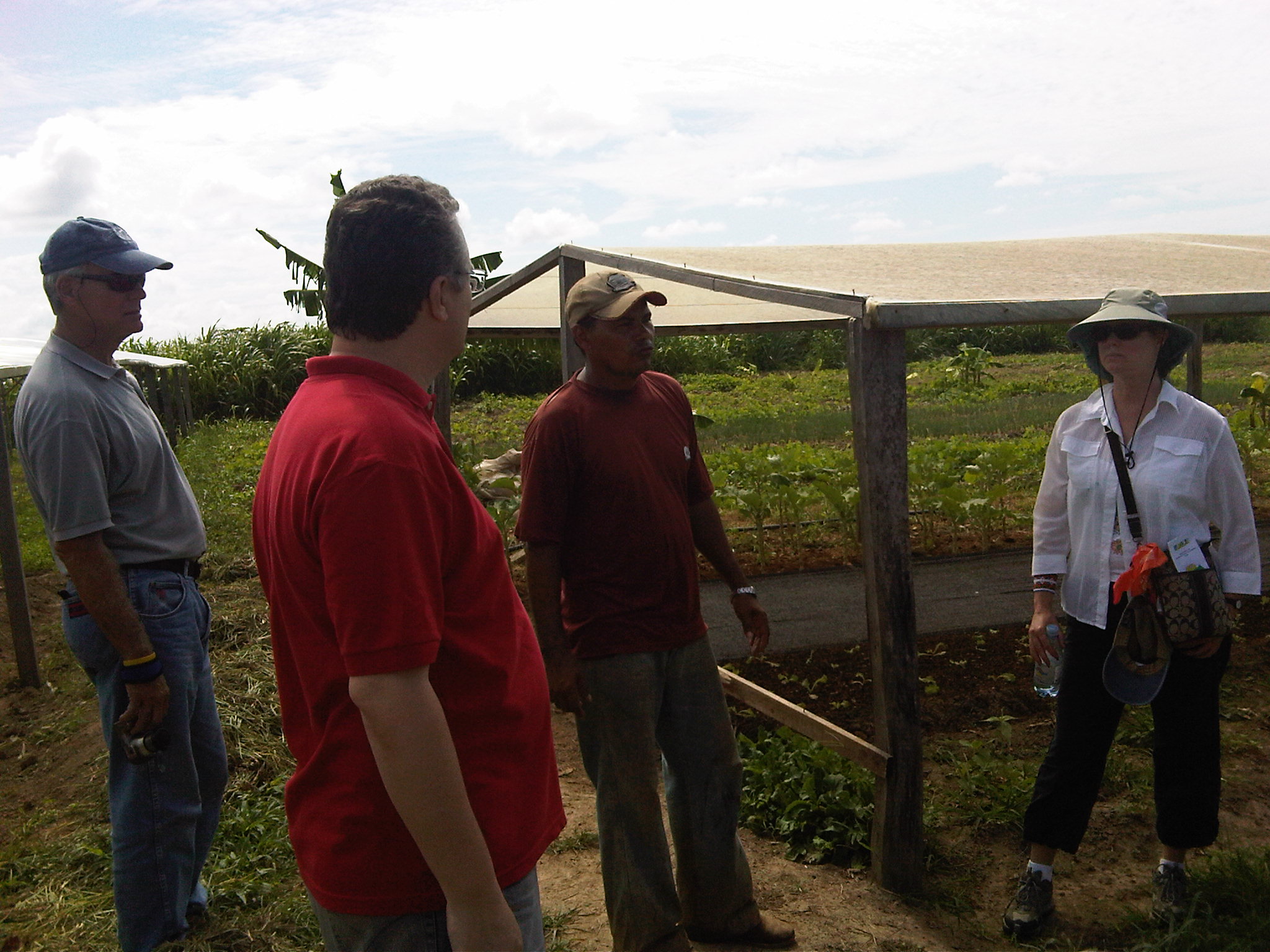 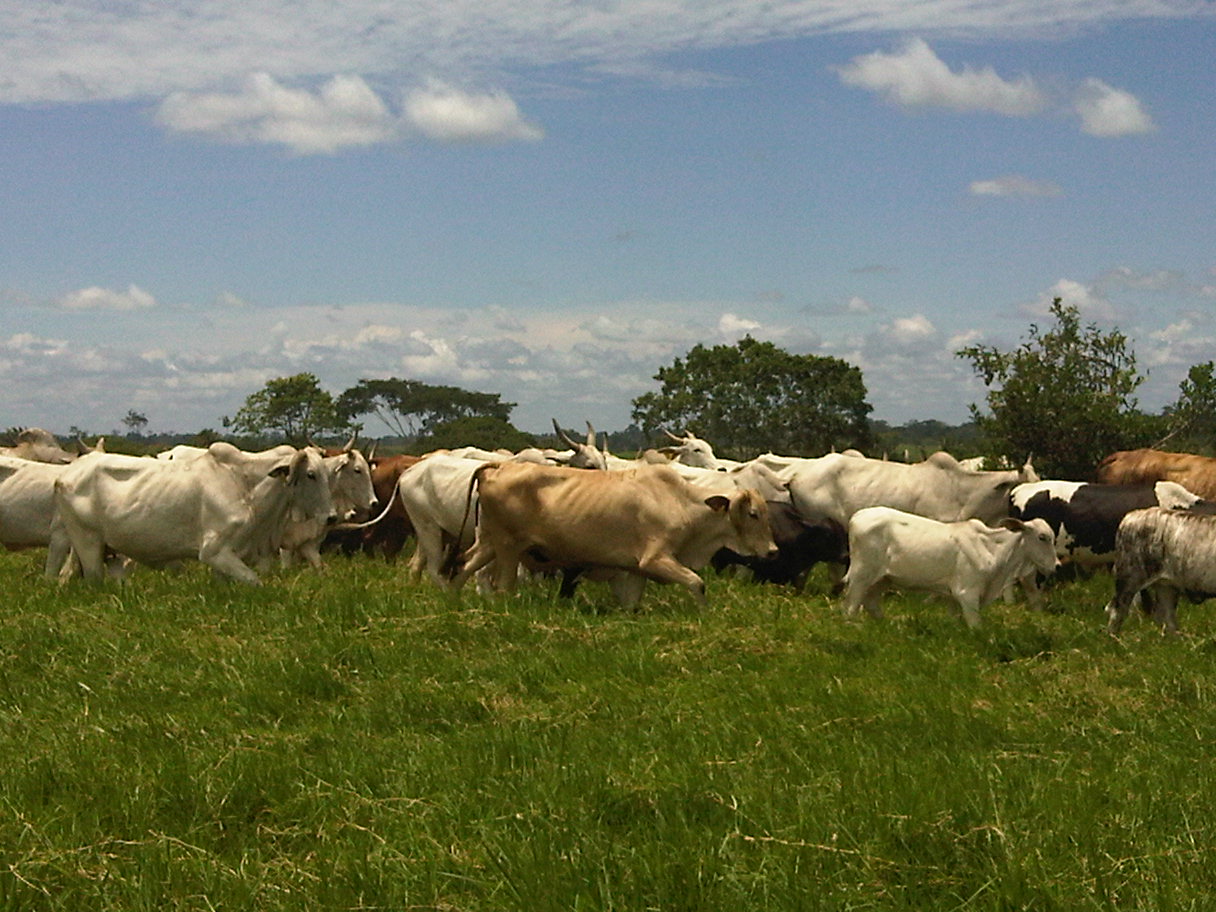 "cattle" - cattle on the ranch 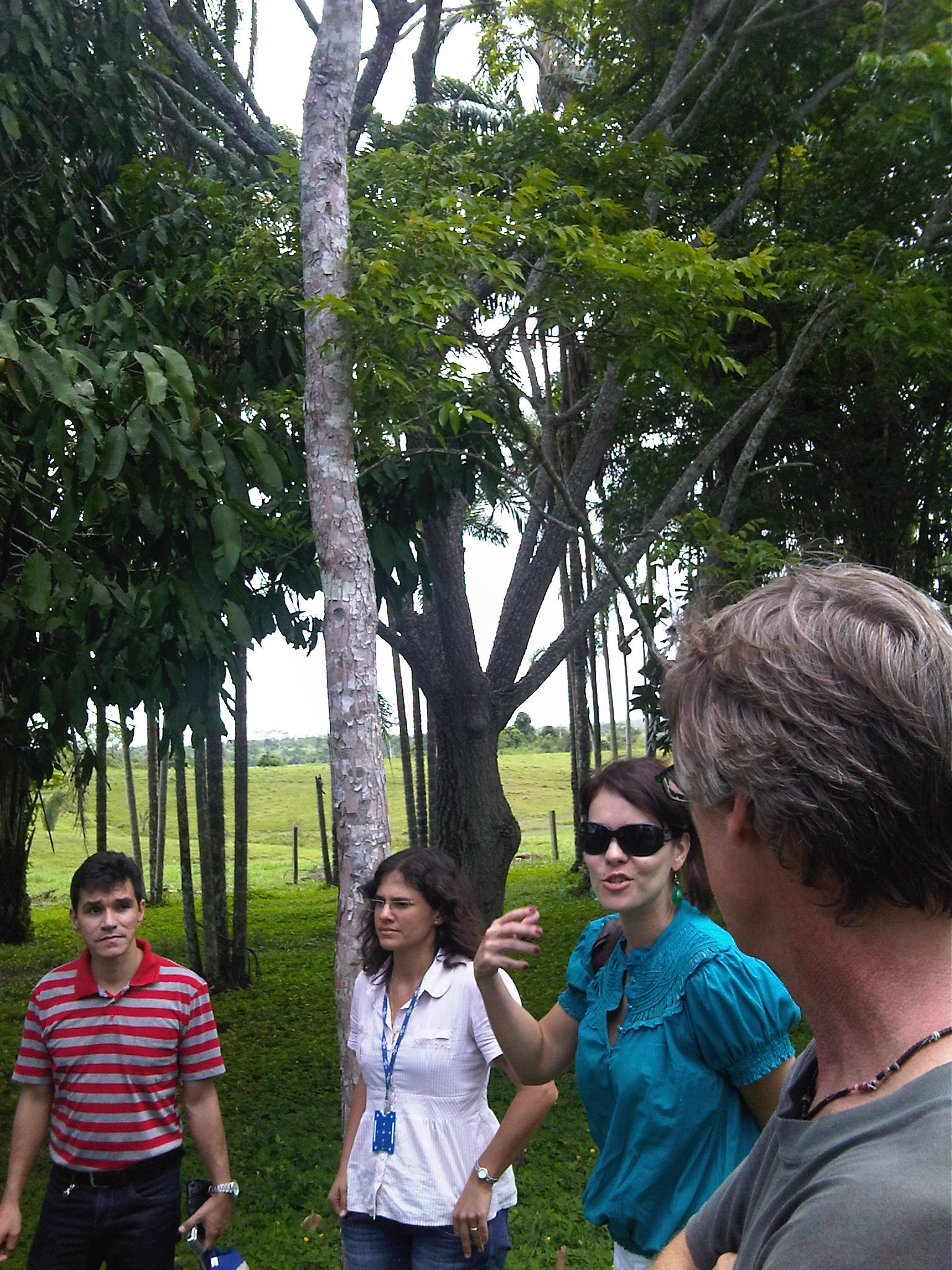 As most people know, large parts of the Amazon rainforest are being cleared (cut down or burned) every day. This process is known as “deforestation” and is estimated to be responsible for between 15%-20% of global CO2 emissions. Today we visited two sites that had been previously deforested to create pastures for cattle ranching, which is one of the major causes of this deforestation (along with logging and road building).

First, we stopped to visit a family farmer who is growing fruits and vegetables and raising fish and chickens on a former ranch whose pasture was no longer viable (which, we were told, is something that typically occurs after about 10 years of intensive cattle grazing). This farmer and his family were once part of the urban poor that the state government recruited to this program in an effort to create jobs, alleviate unhealthy conditions in the cities, repopulate the surrounding rural areas, bring local produce to market, and restore forest lands. The farmer not only has a profitable farm on this land, but is also planting native trees on the non-farm areas to help reforest the area with the support of the Acre state government.

Our next stop was a cattle ranch on which an innovative rancher is working to increase the number of cattle that can be raised per acre of pasture and to extend the life of such pastures without using chemicals or other destructive techniques. Both of these improvements will reduce pressure for deforestation to create new and larger pastures. He has additionally planted more than 3000 Mahogany and other native trees on parts of his land as part of his commitment to sustainability. Secretary Chrisman, who is a rancher in the Visalia area, was extremely impressed with the health of the animals, the lack of flies and other pests, and the overall operation.

Finally, we returned to Rio Branco to quickly shower and change clothes for a closing meeting with Governor Binho Marques and his senior staff to discuss what we had seen and to identify further actions to strengthen a partnership between California and Acre. We identified several important next steps that we would take to consider how Acre’s efforts to avoid deforestation and restore forests might be supported.

Then, we returned to the hotel to pack and rest before boarding our 2:20 a.m. flight that was the first leg of our journey back home to California.

We are deeply indebted to the Government of the State of Acre, especially Governor Binho Marques, and to the Environmental Defense Fund for sponsoring and hosting this eye-opening and memorable tour. It is truly inspiring to see the deep commitment of people working to solve the difficult issues of our time in a holistic way. Acre is clearly working toward a sustainable model by promoting social justice in recognizing and defending the rights of indigenous peoples, prioritizing and creating educational opportunities for all, generating real economic opportunity and growth, and fighting global warming.

We could all learn from the work in this corner of the Amazon.