Q&A with Mary Nichols, Chair of the California Air Resources Board

Q&A with Mary Nichols, Chair of the California Air Resources Board 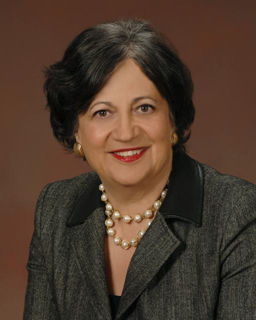 The Climate Action Reserve recently had the opportunity to ask Mary Nichols, Chair of the California Air Resources Board, a few questions about California’s climate change policies and the future regulatory landscape for carbon.

Given your experience working on behalf of the environment and the public health at both the state and federal levels, what impact would you say AB 32 has had outside California?

Since AB 32 passed in 2006, it has had considerable success with other states interested in getting involved in their air and greenhouse gas programs. It’s not a long statue, but it has been influential. Some of the specific rules developed under to implement the law, especially the low carbon fuel standard, have been studied by other states. Also, the idea that the State of California created this program and used the air regulatory agency as the planning agency to develop a plan of achieving a targeted emissions goal has been inspiring to our colleagues in other air pollution agencies.

Cap-and-trade was demonized in the recent national elections. Why do you believe it should be included in the policy mix for addressing climate change?

Cap-and-trade was used as a tool to attack some existing members of congress who voted for the Waxman-Markey bill. It was used because the term “cap-and-trade” doesn’t mean much to people but it sounds in some way sinister, especially when people are worried about manipulation and fraud in the world of finance. It has the potential connotation for people on the left and right as government-condoned manipulation of the market. Obviously, that‘s not a desirable program. But when people are questioned in polls, they are in favor of putting a lid on the total amount of greenhouse gases emitted and when asked if they are in favor of polluters being able to meet their regulatory requirements through buying allowances, the public, in general, is very supportive of those kinds of tools. The concept that cap-and-trade isn’t selling well in the market doesn’t mean it isn’t a valuable policy; it means we need to do a better job of explaining it.

If California is going to reduce its emissions to 1990 levels by 2020, we need to find a way to ensure we are going to meet this target and do it in a way that sends a signal to businesses that aren’t currently involved in any existing regulations that there’s a value in reducing carbon. The way to do that is to put a price on carbon emissions. The cap-and-trade program is about the easiest way to do that. The alternative would be to impose a carbon tax, as British Columbia did — a revenue neutral carbon tax in that case. Reducing greenhouse gases through that program has proved to be quite acceptable to the public there. Now in California, what people dislike even more than regulation is taxes. That was not considered to be a political starter when we were figuring out the regulation here.

What are some of the most important lessons from past cap-and-trade programs that ARB has incorporated into the design of the California cap-and-trade regulation?

There were positive and negative lessons. The positive lessons were the successes of the federal acid rain program and the 1990 Clean Air Act amendment. If you have a good measurement, monitoring and reporting system, you can run a very well regulated market in emissions allowances — and, you can do it in a way that demonstrates you really have reduced the pollution without any market scandals and failures at all. Another very positive lesson was that you can make these programs work well if you set up the structure of the program correctly, have strong enough enforcement tools, and make the reporting transparent and visible to the public.

On the negative side, we learned from the European trading system launch that if you don’t have very good information about the level of total emissions you’re trying to reduce, and if you give away too many allowances at the beginning of the program, it takes a very long time before you get to any real improvements. We’re being very careful in the launch of our program to make sure we are not overallocating allowances.

How important do you think the role of offset credits is in California’s cap-and-trade program?

Offsets are a very important tool in assuring regulated industries and the public that the costs of a cap-and-trade program can be managed within reasonable bounds. If you didn’t have high quality offsets that can be used for compliance purposes, you could see situations where a company might be unable to grow or expand in California or to meet its limits without having a huge run-up in prices of the allowances. The offsets serve as a way to keep the prices of the allowances within a reasonable boundary. Offsets also provide a way for businesses that aren’t under any compliance obligations to participate in the cap-and-trade program, make money and help reduce overall emissions. For example, offsets created by better management of dairies provide multiple benefits: they help with manure management, they provide the dairy farmer with revenue, and they produce another energy source. It is really a win-win proposition.

When do you anticipate ARB will look at additional protocol types for inclusion in the cap-and-trade program?

I expect we’ll be starting right after the first of the year to work on a priority list.

You also served as Chair of ARB under Governor Jerry Brown from 1978 to 1983. When Governor-elect Brown assumes his new position next year, what changes do you think ARB might see?

First of all, Governor-elect Brown has a very strong record of accomplishments with ARB.. During his first terms in office, California led the way nationally on setting strong emissions standards for motor vehicles. We were the pioneer with the catalytic converter, taking the lead out of gasoline and converting our utilities from fuel oil containing sulfur to generate electricity. You don’t see any of that in California now. Measures taken under Governor Jerry Brown were extremely important in achieving breakthroughs in pollution control. I would expect that focus on public health to continue.

As Attorney General, Jerry Brown also has an impressive list of accomplishments. He worked with Governor Schwarzenegger in setting greenhouse gas standards for vehicles and requiring local governments to consider the impact on climate when they make decisions on development projects.

It will be a seamless transition from Governor Schwarzenegger to Governor Brown on climate policy, but in regards to overall focus, I see two potential changes. Governor Brown has indicated his major priority is dealing with the state’s financial crisis and getting our budgetary issues in order. His focus is going to be more on solving that crisis, at least initially, rather than on attending international climate change conferences. But I don’t expect him to spend his entire term in office on those issues. He has a strong interest in international issues and he will also play a role on the world stage. Also, I expect that the creation of green jobs will be a higher focus of concern than it has been for the current administration. Governor Brown undoubtedly is going to be focused on finding ways to further enhance California’s attractiveness to developers of renewable energy and clean tech projects.