The North American carbon world continues to be a diverse and changing landscape. Across Canada, the US and Mexico, there are varying levels of leadership and approaches to addressing climate change on all jurisdictional levels. Canada has its Output-Based Pricing System in place as a backstop for provincial inaction and forges ahead with other climate initiatives like the Clean Fuel Standard. Mexico’s Emissions Trading System has launched in its pilot phase and stands as North America’s only national ETS. In the US, states, counties and cities continue filling the void left by the federal government.

Here are five takeaways from the Navigating the North American Carbon World webinar.

1. The outlook for carbon markets post COVID-19 is tied to how quickly the economy can recover from the pandemic fallout and long-term behavioral shifts of the population, which remain uncertain.

“A large chunk of California’s program, right around 40 percent, is transportation emissions. And because of Governor Newsom’s order on March 20, you’ve seen a significant scaling down on the amount of gasoline demand from everyday California commuters. You don’t necessarily know where the supply demand metrics are going to be because you don’t know what the consumption figure is, so that’s created a lot of uncertainty in the market about where the program potentially is headed and what the program looks like afterwards – not necessarily the program itself but the difference in consumer behaviors – are more people working from home, are fewer people going to commercial spaces, are fewer people buying new more efficient vehicles, those are the questions that are being asked right now” said Dan McGraw.

“CORSIA is another international market that’s also being affected, probably in an even more dramatic way than any of the existing markets. 2020 is supposed to be one of the two baseline years that gets averaged and there are tough choices to be made about whether they stick with the game plan, which would mean everybody gets a much lower baseline and as that market recovers might have more to offset, or whether they consider this to be such an abnormal year that it shouldn’t be considered. It’s adding a dose of uncertainty to what the aviation market will look like in the future,” said Dirk Forrister. “It’s also going to be affected by the type of recovery we have and whether it’s a slow one that takes the aviation industry a few years to get out of or whether it’s something that bounces back more quickly.”

“With Output-Based Pricing in Canada, the systems inherently scale with production falls and price impacts. Because we have benchmarks keyed against production, as production falls, the compliance obligation also falls. These systems are inherently designed to deal with market fluctuations. Alberta’s system is really neat in that it has an actual standard ensconced to change the benchmark on the short-term basis to allow for hardship impacts to be tested and then for relief to occur. No other systems in Canada really have that sort of detailed task that says look if you’re really in trouble and your product prices fall, we’re going to take a look at the impact on revenue and compliance costs and then we’re going to provide some relief mechanisms so we can give you some short-term credits to cover your compliance obligations,” said Dave Sawyer.

“Carbon markets are like other markets that have to adjust in these kinds of situations. The demand is down and prices have adjusted, but they are continuing to work and continuing to produce a price for reasons we know well: the price floors in California and the role of the market stability reserve in Europe. For purposes of climate protection, it’s good to see that these programs are continuing to operate and continuing to deliver,” said Dirk Forrister.

3. We have an opportunity to rebuild our economy in alignment with climate and low-carbon goals.

“There are choices we can make that would propel us into a future that’s more low carbon, more climate resilient. We can make the kind of infrastructure investments that would have us transition away from fossil fuel dependency to cleaner energy. In the U.S., there is a huge fossil fuel lobby that’s pushing for bailouts. We have seen them conveniently tangle geopolitics around oil and gas prices and with the COVID crisis and ask for a special dispensation. There is a real danger that the politics are such that lawmakers give in to these kinds of pressures and lock us into a fossil fuel future instead of propelling us into this clean energy future. We are fighting for a vision that’s both about economic recovery and jobs, as well as about putting us on this pathway to our climate goals. This is a real fight and it’s a fight whose outcome is not yet guaranteed,” said Rachel Cleetus.

“I can imagine that one of the lessons of COVID and the sharp fall of oil and gas prices will be to rethink those investments, which are generally unpopular. A poll was published today saying that 66 percent of Mexicans were worried about the kind of investments the government was carrying out,” said Eduardo Piquero. “Once the pilot phase of the ETS ends, we expect to see more GHGs and some chemical gases covered. Today its only CO2. Mexico has a very large petrochemical industry that as of today is not fully covered, but we expect them to be after the end of the pilot phase. Of course, we expect to see more companies and more sectors covered – transport and local aviation could be a possibility. And, of course, to lower the threshold. Today the threshold is quite large at 100,000 and we expect that to lower. The big thing after that – the Mexican government has already mentioned several times during the previous administration and this one that a linkage to California and Quebec is desirable and it’s in the horizon.”

4. It’s important to have a suite of climate policies supplementing carbon pricing programs.

“Most states are recognizing that this is going to take a suite of policies. We are seeing
states recognize that to really deliver on their climate goals, they need a portfolio approach
and they’re combining carbon pricing with a renewable portfolio standard, low carbon fuel standards, and energy efficiency measures. And using the carbon revenue to further increase deployment of clean energy technologies. When you put these policies in place together, you get greater effectiveness. You’re able to bring down emissions while meeting other public health and consumer savings goals,” said Rachel Cleetus.

“A carbon price is very powerful. It’s raising revenues that can be used to invest in low-carbon resilient investments,” said Rachel Cleetus. “In California, a percentage of the auction revenue, 25 if I remember correctly, is allocated towards EJ communities to use for investments that the communities themselves are choosing to invest in. When we see volatility and when we see revenues drop off that has a real direct harmful impact on these communities that were counting on these revenues to deliver local emission reductions and other amenities in their communities. These market fluctuations have real impacts for some people.”

“The Canadian federal government did signal that the carbon price increase this year on April 1st would go ahead and it did. For households it actually made sense because of the rebate program under the federal benchmark jurisdiction. The rebate makes seven to eight out of ten households better off, meaning they get back more carbon rebates than they pay in,” said Dave Sawyer. “Using revenues to support budgets builds resiliency into your carbon program because there’s a dependency on the revenue source. We saw this in British Columbia with the carbon tax. In 2013 there was a move within government to kill the program and basically the government said well we’re not going to raise personal or corporate income taxes by killing the carbon tax.” 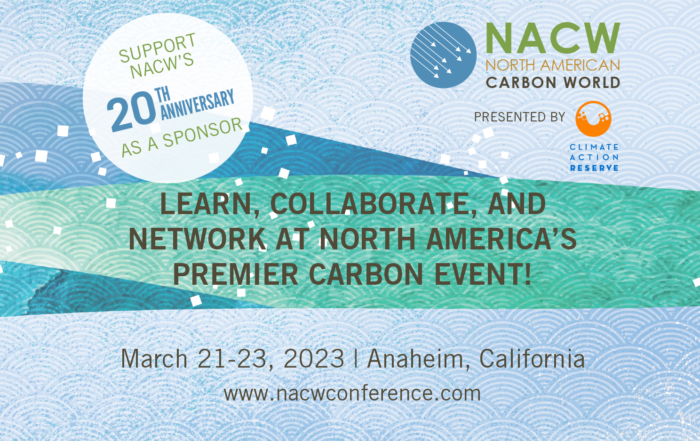